Root and weed barriers are designed to protect structures and services from root damage and control the spread of invasive plants. We offer a wide variety of both permeable and impermeable membranes from basic weed suppression fabrics for gardens and patios right through to high-performance membranes to deal with aggressive invasive weed species. 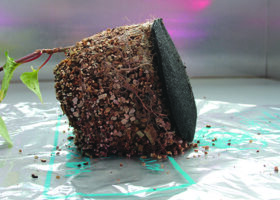 Our permeable weed control fabrics suppress weeds in landscaping and garden applications without the need for chemicals. This geotextile is designed to allow the passage of water, oxygen, and nutrients while blocking weeds. The material is installed at the interface between soil and a decorative layer such as bark chippings, stone chippings, pebbles, or gravel. Available in handy packs for domestic use.

Japanese Knotweed has been labelled a ‘real thug’ by the Royal Horticultural Society capable of growing up to 10cm per day. It spreads rapidly from underground rhizomes known to cause damage to building structures and substructures by targeting weak points, such as cracks in masonry, and attempting to grow through them. We can offer a number of solutions to combat such invasive weeds.

We offer a triple-coated, twin reinforced, polyethylene membrane – offering the strength and durability of a ground engineering fabric with the impenetrability of a geomembrane. The barrier is tough, flexible, and puncture-resistant which is highly resistant to root penetration and designed to protect structures and services from tree root damage, as well as controlling the spread of invasive plants (such as Japanese Knotweed, Giant Hogweed, Mares Tail, and Bamboo). The fabric is also highly resistant to natural acids, alkalis, bacteria, and fungi.

CuTex is a permeable geocomposite root barrier system consisting of a specially formulated copper sheet mechanically encapsulated between two high-strength geotextiles predominantly used in the control of Japanese Knotweed. CuTex acts by safely releasing Cu2+ ions to inhibit root growth. The copper ions create a localised zone of inhibition which when approached by root tips causes them to undergo a progressive collapse.

CuTex has been independently tested by The Centre for Plant Science at the University of Leeds. The research verified CuTex as a safe and effective barrier for Japanese Knotweed and other invasive species. 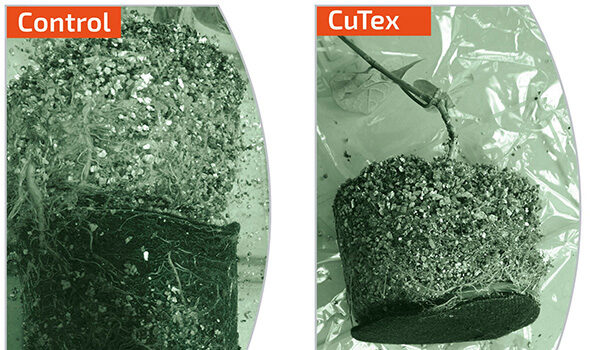 This site uses cookies to provide you with a great user experience. Find out more about our use of cookies.